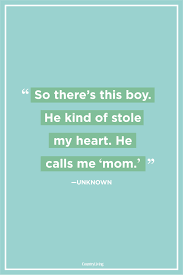 I write an awful lot about the years when I first got divorced. Not because those years haunt me; not because the painful bits are seared into my memory (although, to be honest some of the bits were indeed pretty painful) but more because those were my coming-of-age years.

I was by no means a perfect child or teenager and like every kid, I did my share of things I am not proud of, but I never really got to have that full-out teenage rebellion that is supposed to be our rite of passage into adulthood. I was a reliable babysitter. I never, ever, talked back to my parents. I played some pretty tame music (think Barry Manilow and The Carpenters). I always had a job. And when I did get into a bit of trouble, my parents were the ones I turned to. I had the sense to keep my wrong-doing quiet: no small-town scandals or public embarrassment.

My post-divorce years were my awakening: I finally discovered Led Zeppelin (really). And Green Day. And Linkin Park. I played my music as loudly as I wanted. I started dressing to please myself. I grew my hair out. I learned that I could work, handle a household and do the budget all on my own. I danced with abandon. I discovered – to my great surprise – that I am extremely resourceful and fairly handy around the house. I made my first girlfriends since high school. I joined a women’s group filled with spiritually-evolved, amazing women. I was making my own decisions; walking on my own two feet; calling all the shots.

I was still working on a few things, though: getting used to going out solo to events conventionally attended only by couples was one of my biggest and most difficult transitions. On my first solo outing to a friend’s posh garden party attended almost exclusively by couples, I was really, really nervous about the whole thing, including what I should wear. I had lost a fair amount of weight in those early post-divorce months and was sifting through some old clothing items that now fit me again but, I feared, might perhaps be a little outdated. When my thirteen-year old babysitter arrived a few minutes before I was supposed to leave for the party, I was still trying things on. “Okay, I’m going to ask your opinion about an outfit and I want you to be absolutely honest about whether you think it’s still in style,” I told my poor, deer-in-the-headlights babysitter as I bounded up the stairs to change yet again.

The outfit was a nice, one-piece, soft white-and-blue pinstripe pant/dress cinching in at my newly-trim waist and flaring widely to fall well below the knee. I tentatively came halfway down the stairs and stood there, carefully watching my babysitter’s face for any sign of disapproval. Before she could say a word though, my five-year old son stepped forward and stared up at me with a look of sheer wonderment on his little face. After a long and worshipful silence, he finally spoke. “Mom!” he said in a hushed, reverent whisper. “You look JUST like a… CLOWN!”

I cocked one eyebrow and glanced over at the babysitter who had immediately erupted into helpless giggles.

And I decided I was never, ever, going to get any higher praise than that. Grinning at my still-giggling babysitter, I grabbed my purse and my car keys, hugged the kids, and left the house.